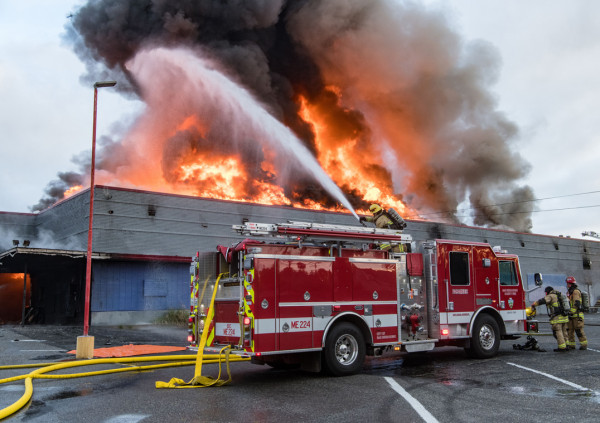 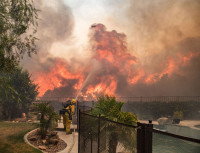 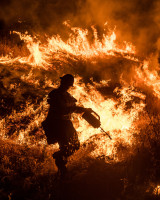 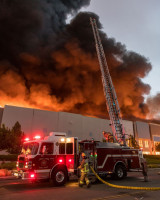 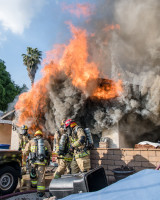 Tod Sudmeier is a retired firefighter and photojournalist from Redlands, California specializing in fire and emergency service photography. His photos have appeared in several publications including The Firemen’s Grapevine, Southern California Fire Journal, 911 Magazine, and Wildland Firefighter. His work has also been used as part of San Bernardino County Fire’s Annual Report and many training presentations. We spoke with Tod about his passion and how he is able to bring fire scenes to life through his fire photography!

Tod’s interest in photography started when he was in high school. He was always fascinated by his friends’ still and video cameras. Once he became a firefighter at just 18 years old, he always carried a camera to each fire scene, even if it was just a disposable.

Tod began taking fire photography seriously in 2009 and shoots more than 30,000 photos a year at hundreds of fires.  He is a one man show and says the number of shots he takes at each fire is dependent on the size and complexity of the fire. For example, he may take 10 photos at a car fire but only one or two of the pictures is usable. If it is a major wildfire in Southern California, he may take 1000 shots or more depending on the amount of action and the number of days/hours he is there.

We asked him the craziest thing he’s ever seen behind the lens and he didn’t hesitate, “I photographed a fully involved 600,000 square foot warehouse, definitely the largest commercial fire I have ever seen. I have also seen a running crown fire in Yellowstone National Park that was unforgettable.” For those who don’t know, a running crown fire is a wildfire with great speed that jumps from crown to crown ahead of the ground fire. This occurs when the surface intensity is enough to ignite tree crowns encouraging the fire to spread.

His images are created using a current model Nikon DSLR camera and high-quality Nikon lenses. Besides his amazing still shots, Tod has also been getting into video over the last couple of years, “Video is the future and gets much more attention on social media platforms,” he says. Social media is the best way to view Tod’s work. He is also working on a website which will be updated and published later this year!