HAIX® and FDNY Team Up for Annual Charity Hockey Game 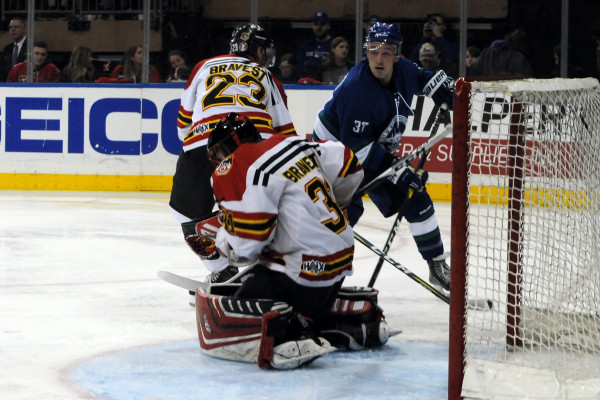 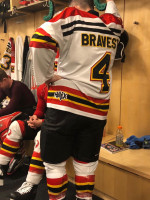 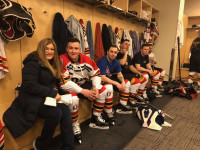 Hockey fans converged on Madison Square Garden in late March for the 46th Annual FDNY/NYPD Charity Hockey Game. Those lucky enough to get tickets saw the puck drop just before noon in front of a sold-out crowd of more than 18,000, as New York’s Bravest (FDNY) in the white jerseys, and New York’s Finest (NYPD) in blue, went head to head. After three periods of intense play, it was tied 4-4 at the end of regulation and ended up going to a 5-on-5 overtime for five minutes. After a couple close calls, time ran out, and the two teams had to settle for a draw. Passionate fans were cheering for a shootout, but officials had to call the game because the arena was booked for another event. The FDNY hockey team still holds the winning trophy after last year’s victory and leads the series all-time with a mark of 25-18-3.

Both teams were able to raise $10,000 through a 50/50 raffle. They also did a t-shirt collaboration with the New York Ranger Fans Clothing Company and were able to raise an additional $4,000. All proceeds were donated to the Ray Pfeifer Foundation, a charitable organization that are dedicated to assisting September 11th first responders, firefighters and police, with medical needs not covered by insurance.

HAIX® participated in the pre-game ceremony where there was a moment of silence for members of the Fire Department of New York and the New York Police Department who made the ultimate sacrifice in the line of duty this year.  Those who lost their lives to illness as a result of the rescue and recovery efforts during the 911 World Trade Center Attack were also honored.

HAIX® is a proud sponsor of the FDNY Hockey team, with the guys wearing patches on their jerseys during the match. At the VIP after-party, HAIX® was recognized during a speech by the coach and team captain, for our endorsement and continued support of FDNY and the hockey team.