More Than Just a Game: FDNY vs. NYPD 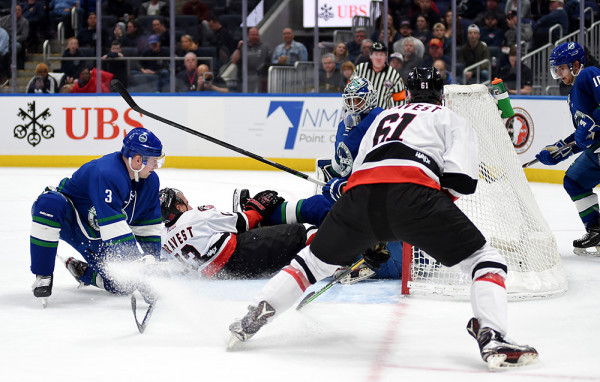 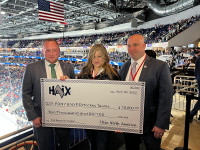 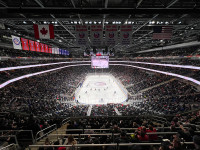 The NYPD and FDNY hockey teams play many games throughout a season, but the game where the two face off seems to be more important than the rest. This year, the annual rivalry game between the two was held on April 30 at UBS Arena in Elmont, New York. This was the first time the foes met in brand new UBS Arena, which opened its doors in late 2021.

Firefighters and police officers might be friendly to each other while on the job, but emotions change when battling in the rink. Tensions were high as the rivals played a tight game, which would end in FDNY winning in overtime. Attitudes amongst fans were no different; the people in the stands were cheering passionately for their team while throwing insults at their opponent and the officials.

At first glance, the game simply looks like a competition between two types of public safety professionals. However, the game is about much more than bragging rights and who takes the trophy home - money raised from the game goes to charity, and time is taken during the game to honor fallen firefighters and police officers.

Proceeds are donated to various charities and to families of fallen first responders. Before the game started, police officers and firefighters who died in the line of duty over the past year were honored, along with those who died from COVID-19 and 9/11 related illnesses. Also, tribute videos were shown during both intermissions, one for firefighter Timothy Klein and the other for firefighter Jesse Gerhard. According to the tribute, Klein died on April 24 while battling a housefire in Brooklyn. Gerhard died February 16, a day after battling a fire in Queens.

“At the heart, this is a charity game that helps us take care of families of our fallen,” said the FDNY hockey team on social media. “It also allows us to support other great organizations like the Ray Pfeifer Foundation and Fire Family Transport Foundation which take care of our brothers and sisters battling illness and injuries.”

People who work in public safety often describe the relationship they have with their department as a family, and fans of both teams came together in a way only a loving family could to honor and support those in need. Many of the plays made during the game will be forgotten over time, but the impact the donations made will last a lifetime for the families who need the support.