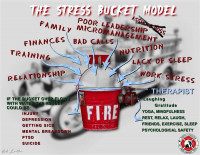 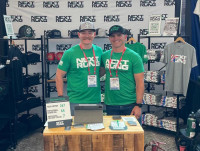 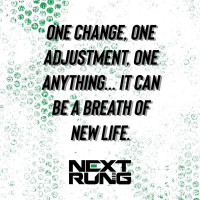 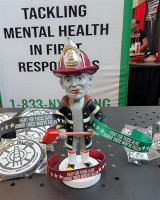 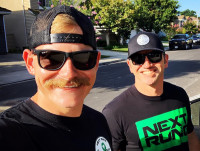 While many people run from dangerous and traumatic situations, police officers, firefighters and emergency medical personnel are run towards them, which, according to the Substance Abuse and Mental Health Services Administration, puts them at a higher risk of trauma. Because first responders are considered the bravest and strongest among us, some first responders say the struggles first responders have with mental health often goes unnoticed. This issue of untreated mental health, which firefighter Blake Stinnet says is often overlooked, can have devastating effects.

Stinnett says he’s had a firsthand look at what unaddressed mental health issues can do. During his time at Gwinnett County Fire Department in Georgia, Stinnett says the department lost five men to suicide in just two and a half years.

Stinnett says historically, first responder mental health has been overlooked for a variety of reasons.

“I do think it’s been overlooked for a long time,” said Stinnett. “For so long, people were in the mentality of just suck it up and move on. People are scared to reach out because they’re fearful that it might get back to the people they work with or the department itself.”

And if someone did reach out, Stinnett says many times departments didn’t provide the help that was needed. He says some departments don’t have any type of employee assistance program set up, and if there is a program, it isn’t functional.

That’s why Stinnett founded Next Rung alongside firefighter and paramedic Charlie Brown.

“Our goal is to tackle the mental health issues of firefighters and first responders, and we do that in a couple different ways,” said Stinnett. “We just want to be a resource and be there for people because we’ve been impacted by it personally. We know the need for it.”

Next Rung has a unique approach to helping first responders. It has a helpline, run by people who are either firefighters or EMTs, which is available seven days per week.

“When [a first responder] calls, they’re getting someone just like them on the other side of the phone, who understands the job and the lifestyle they live because they live it themselves,” said Stinnett.

According to Stinnett, everyone who works for Next Rung has been trained in peer support, so they know how to navigate those conversations which can be extremely difficult. People who work for Next Rung also work to direct helpline callers to other resources if needed. This could include being connected to a counselor or addiction treatment center. Next Rung even helps pay for counseling and addiction recovery treatments.

“We strive to be there along the way, checking in on them, asking them if they need anything, because even if they’re seeing a counselor there might be times where they just want to talk to someone that’s just like them, and we want to follow up to make sure they’re getting all the help they deserve,” said Stinnett.

Stinnett encourages departments to make sure workers are made aware of the resources available to them. He also says to direct people to help if you’re concerned about them.

“We’re a family. We’re supposed to be taking care of each other and saying, ‘hey man, there’s something going on, let me know because if I can help you, we’re going to find a resource that can.’ “We’ve had people reach out on [their coworker’s] behalf,” said Stinnett.