Stroke Unit Down Under 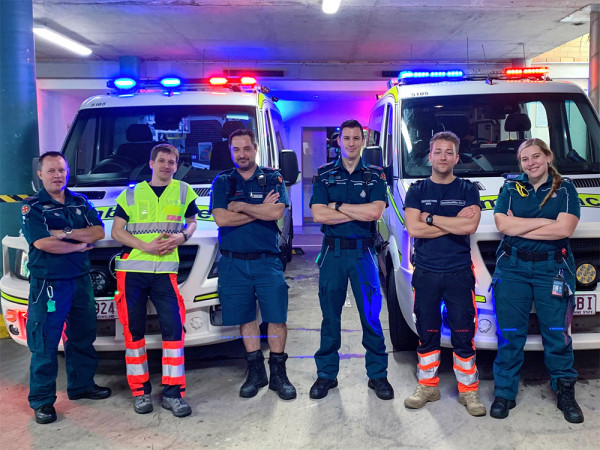 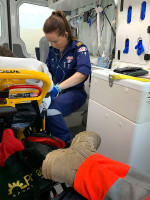 Stroke Unit Down Under – Internship in Australia, Diary of a paramedic

Daniel Kogler, a Paramedic with the Vienna Ambulance Service, has been traveling the world to experience how emergency rescue workers operate in different countries. He completed a 4-week internship in Australia where he spent time with different ambulance services.

First up was Melbourne, a young and vibrant place with a good contrast between modern skyscrapers and attractive older red brick building set in narrow streets. Here he meets Andrea who has been a paramedic for 30 years, the last 25 of which has been with the Mobile Intensive Care Ambulance (MICA). When she started, she was only the second woman to join Ambulance Victoria. Today they employ 2,500 paramedics, 46% of which are women. In Australia, paramedics must complete a 3 years of university study in Paramedic Science followed by another year of practical training. In order to qualify as a MICA paramedic, they must have an additional 2 years of experience as an ambulance paramedic followed by a one-year Masters course.

Daniel also visited the Victoria Ambulance’s Mobile Stroke Unit (MSU) at a nearby hospital. It is a multi-disciplinary intervention unit that is able to go out to stroke patients as required. It is staffed with a neurologist, radiology technologist, two paramedics, and a neurological nurse specialist. This unique medical unit brings stroke diagnosis and treatment right to the patient’s door, allowing them a better opportunity to start treatment within the first hour of stroke onset known as “the golden hour”. Early treatment is critical for limiting irreversible brain damage.

Daniel spent some great and highly instructive time at Ambulance Victoria He found them to be an extremely professional and modern unit, one of the best emergency medical services he has come across.

Next stop is Brisbane in Queensland, which has its own unique emergency response teams as well. In Brisbane they have Bicycle Response Units (BRT) that are generally first on the scene when there are call outs to shopping centers, pedestrian zones or parks. They carry a standard QAS emergency bag which consists of an advanced airway kit, a defibrillator, a small O2 flask and a minor and major trauma kit. The work is highly demanding physically because of the city’s countless hills and tropical climate.

Two other particular attributes unique to Queensland Ambulance are their Acuity Response Units of ACU’s. These are identified as HARU and LARU. “H” for High and “L” for Low. This differentiates operations undertaken by each. The HARU is specialized for trauma patients and is staffed by specially trained paramedics and experienced emergency medics. This means that more involved procedures can be performed on the spot and extended diagnoses given so that patients can be taken right to the operating room instead of wasting valuable time in emergency admissions. By way of contrast, the LARU is mainly sent to patients for whom treatment at homes seems a viable option. It can also be dispatched to other departments in the healthcare sector such as GP offices, primary healthcare centers, and so on. All this saves costs and frees up the emergency medical services.

Last stop is Sydney in New South Wales to join an Intensive Care Ambulance. Here he meets two Intensive Care Paramedics by the name of Anna and Adam. Both in their mid-thirties, they are a well drilled team that always takes the time to deal with patients in a caring way. They talk about a colleague named joe who is an Intensive Care Motorcycle Paramedic. Motorcycles are used because they are able to respond much faster than a car, van, or fire truck in the heavy traffic in a big city like Sydney. They find it actually increase survival rates of patients, especially those in cardiac arrest.

Daniel finds emergency medical care is something to behold. Patient transfers from ambulance to trauma room takes place in a calm and structured way. No one intervenes in any way until the paramedic has finished and the Senior Emergency Physician, who stands on a podium off to the side, has given the go ahead. The Physician has everything under control and coordinates the whole team like a conductor directs an orchestra. Everyone is in the right place and prepared for the task at hand.

The profession of paramedic enjoys great esteem down under. Daniel notes that whenever they were out in public places or fetching a coffee on down time. Daniel was very astonished by this and made him wonder what it would take to leave his previous life behind and start a new career in Australia. But alas, his return flight to Vienna is already booked.