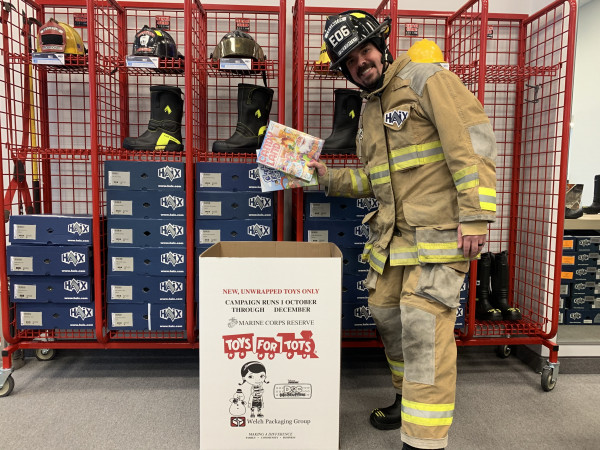 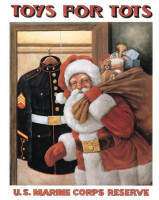 Toys for Tots is a National program which distributes an average of 18 million toys to seven million underprivileged children each year. Toys for Tots was established in 1947 and is the U.S. Marine Corps’ premier community action program and America’s most popular Children’s Christmastime Charity. Their mission is to bring the joy of the holidays and send a message of hope to America’s less fortunate children. It is the hard work of the Marines along with many volunteers, combined with the incredible generosity of the American public as well as support from national and local partners, that allows the Toys for Tots Program to help those in need.

Toys for Tots began as a charitable effort in Los Angeles, California in 1947. Major Bill Hendricks was inspired by his wife after she tried to donate a homemade doll to a needy child but couldn't find any organization to accept it. At her suggestion, he gathered together a group of local Marine reservists, who collected more than 5,000 toys that year from bins placed outside Warner Bros. movie theaters. Their efforts were so successful that, in 1948, Toys for Tots was launched as a national campaign. They were also able to enlist celebrity support, with Walt Disney Studios designing the iconic red toy train logo.

HAIX® is one of the official drop-off locations for Toys for Tots this year. If you live in the area, we’d like to ask for your help in bringing a new, unwrapped toy to our retail store at 2320 Fortune Drive, Suite 120 in Lexington, KY from now through Dec. 11th. “It’s businesses within the community, like HAIX®, that makes Toys for Tots as successful as it is,” says Bryson Marks USMC, Lexington Toys for Tots Liaison. No matter where you live, we encourage you to find an official drop-off location in your area to support this noble cause.

’Tis the Season and Happy Holidays to all!