HAIX® and FDNY Team Up for Annual Charity Hockey Game

Hockey fans converged on Madison Square Garden in late March for the 46th Annual FDNY/NYPD Charity Hockey Game. Those lucky enough to get tickets saw the puck drop just before noon in front of a sold-out crowd of more than 18,000, as New York’s Bravest (FDNY) in the white jerseys, and New York’s Finest (NYPD) in blue, went head to head.
Read more 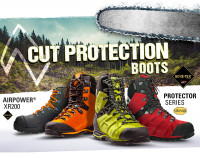 Logger boots are specific type of work boot designed to offer comfort and protection when traversing the demanding environments experienced by loggers. This means that they are also a great fit for many other professions and activities that have a need for similar capabilities. For those who spend all day on their feet in need comfortable, yet sturdy footwear, these boots can easily meet such requirements. When it comes to men’s logger boots, maneuverability, traction, and comfort are important features. At HAIX®, we offer a range of high-quality logger boots that are perfect for the most demanding outdoor activities.
Read more
Tags: mens logger boots, logger boots, steel toe logger boots, composite toe logger boots 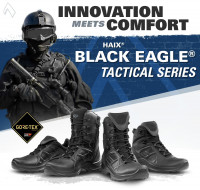 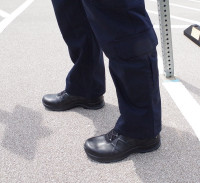