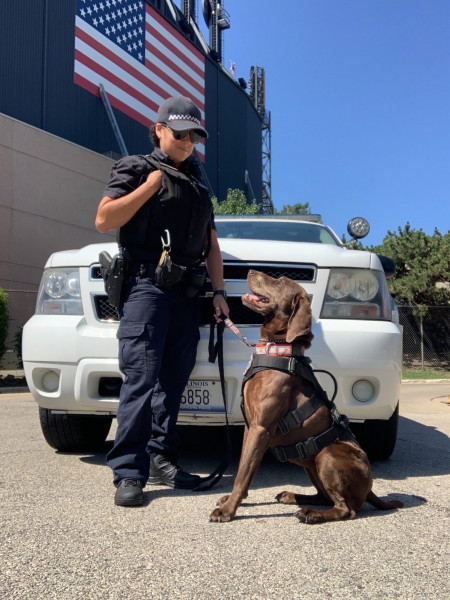 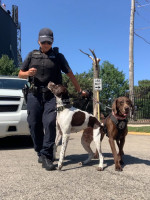 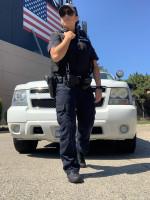 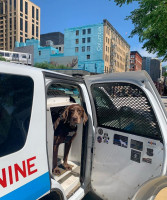 As a law enforcement officer in Chicago, working in the position she’d always wanted with a canine partner, Officer Gina Ibarra also found a certain measure of social media fame. Officer Ibarra says the journey to be where she is today wasn’t always easy, but was worth it, because she’s made meaningful lifelong connections.

Becoming a K9 Handler
Officer Ibarra says in the beginning, her chances of earning her dream position as a K9 handler were very slim.

She said the role was one of the first specialty positions she learned about, and she wanted it from the moment she learned it was a possibility. Becoming a K9 handler immediately became part of her plans, but the process of achieving this goal wasn’t easy. To be accepted into the K9 program, Officer Ibarra had to take a test, undergo a physical exam, and go through an interview process - and she had to get high scores every step of the way. And since she works in one of the largest police departments in the country, she also had to compete against dozens of other officers for the position. “From the beginning, my chances of getting in [the K9 program] were very slim,” Officer Ibarra explained. “So, I just made it a point to work really hard and get to this point in my career.”

The exam isn’t offered often, so Officer Ibarra spent the time building her resume, working in different areas in the department, and studying for the exam. After ten years of waiting and preparing, the exam was finally offered. Although there were many officers competing for the few handler positions, Officer Ibarra’s hard work paid off when she was offered a position with an explosive detection K9.

The perfect team
Officer Ibarra laughs when she talks about first meeting her K9 partner. She says her first impression of K9 Rozi was positive – she was given a photo of the lean, athletic dog and was excited to get to work. When the two met for the first time, however, Rozi’s personality came out, and Officer Ibarra wasn’t sure if they were the right match. “When I held her leash for the first time, my arm was going all over the place. She was on level twenty, while I’m just a very chill and laid-back person,” Officer Ibarra laughed. “I was just kind of standing there and I’m looking at the dog literally running circles around me, and I didn’t know if I could keep up with her. She was a complete maniac.”

While their personalities seemed incompatible in the beginning, the duo found a way to make it work. Officer Ibarra says their differences complete each other, making them a perfect team. “We balance each other out. I didn’t have to keep up with her, and she didn’t have to slow down for me. I just kind of stepped back and let her work,” said Officer Ibarra.

Officer Ibarra and K9 Rozi’s shift starts in the afternoon and ends at night. Their day usually starts around 1 p.m., when Officer Ibarra feeds K9 Rozi and Woody, her other dog, and plays with them to get energized for work. Next, the team suits up and heads out to work. Officer Ibarra says a large part of the workday is spent driving around the city waiting for calls to come in, along with searching transportation areas like bus stops and train stations. Officer Ibarra says most of the calls they receive involve unattended bags, which can show up anywhere in the city. Luckily, K9 Rozi has never found anything suspicious.

Officer Ibarra says life as a law enforcement officer can be difficult and lonely, which makes her extra thankful for the connections she has made through K9 Rozi’s social media account. “It’s amazing to have those connections across the United States because sometimes in Chicago we’re so busy and there’s so much going on in this huge city that you don’t have other officers that are going to be able to calm you down because everybody’s on level ten,” Officer Ibarra explained. “So, to have officers in other states that know what you’re going through, but are not at level ten at that moment, means a lot.”

Officer Ibarra continues to document her adventures with K9 Rozi and Woody on social media, especially on Instagram. The new daily content features a little bit of everything - from time on duty to playing at home. You can follow K9 Rozi here.