How to Stay Safe on Your Next Outdoor Adventure 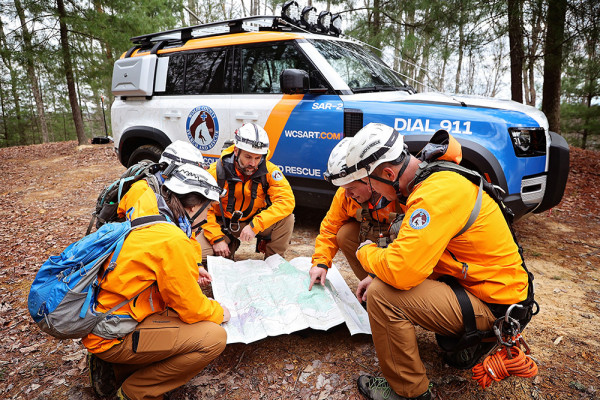 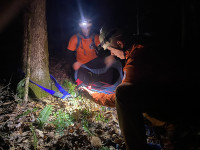 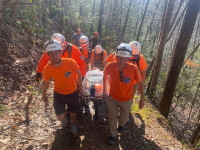 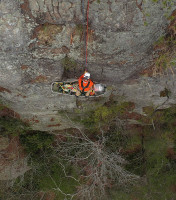 On Monday, April 18, an emergency call was sent out for two canoers in central Kentucky who didn’t return before dark as they said they would. After hours of teamwork, multiple agencies searched for the duo and found them the next morning, approximately six miles from where they had intended to return.

The man and woman told their rescuers their canoe had capsized twice and was eventually lost completely. The woman’s shoes were swept off her feet in the strong river current. The couple said they survived freezing temperatures by taking their wet clothes off and building an insulating shelter from leaves and took refuge along a cliff line, which is where they were later found.

Wolfe County Search and Rescue Team (WCSART), based in the Red River Gorge and Wolfe County, Kentucky, was one of the groups that responded to the incident. WSCART members helped locate the two canoers, then warmed them and provided some much-needed food and water.

However, WCSART says incidents like this can be avoided altogether. Spring is here and summer is fast approaching, which means many people are headed outside to enjoy the warmer, changing weather. WCSART says there are steps you can take to ensure you stay safe.

WCSART Chief John May and team member Drew Stevens say there are three major things you can do to stay safe on your next adventure: prepare ahead of time, know your limitations, and stay aware.

Plan for your trip

To make sure you’re ready for the trip, WCSART says there are a few things you can do in advance. First, gather the appropriate equipment. According to WCSART, everyone heading outdoors should pack the 10 Essentials, which includes food, water, and first aid supplies.

Another element of preparation is to plan your route ahead of time. You should map out where you want to go and schedule start and end times for your trip. WCSART says you should share your plan with someone who isn’t going on the trip, so authorities can be alerted if you don’t return at your scheduled time.

How you prepare for the trip can help you determine your limitations.

“People are used to walking around in the city park and then they come here, where you’re faced with elevation changes that can be fairly significant over several miles, and you might not be physically conditioned to handle it,” said Chief May. “As you get tired, you’re more likely to have an accident. Part of planning ahead is knowing where you’re going to go and what kind of shape you need to be in.”

Exercising ahead of your trip is a way to prepare and to learn what you’re capable of.

According to Chief May, knowing your limitations also means making smart decisions on the trails. Don’t stray from your plan, unless the path is much more difficult than you expected – in that case it’s best to turn around.

When you’re in the outdoors, you should stay alert and always be sensitive of your surroundings.

“A lot of the mistakes we encounter occur when someone makes a mistake because they weren’t really paying attention,” says Stevens.

WSCART says you should always observe your surroundings and should constantly try to maintain a good idea of where you are on the map throughout the day. You should also pay close attention to signs and trail markers and shouldn’t cross over established boundaries, such as railings.

“An accident, even a minor one, in the wilderness is a very, very big deal,” said Stevens. “An accident might not be that big of a deal on a sports field, for example, but it can be a life-threatening scenario when you’re out in the wilderness. It’s very important to be prepared so that when an accident does happen, it doesn’t become worse.”

One way to be prepared for accidents is to keep a note of the last time you had cell signal so you’re able to call for help if you need to.

You should also know when to call for help. According to WCSART, call for help if someone is experiencing severe GI distress leading to dehydration, dislocations, fractures, and other orthopedic injuries, uncontrolled bleeding, head injuries that cause nausea, loss of consciousness or signs of concussion, and if you are lost.

WCSART says if an emergency does arise, stay where you are and call 911 so help can be sent your way. This is also when the preparation for your trip and awareness is important – you’ll need to tell dispatchers where you are and the name of the trailhead where you began your journey.

Remember, if you’re planning to head into the wilderness, prepare for your trip learn your limitations, and stay aware. However, accidents can happen to anyone so be prepared for emergencies and know when to call if the need arises.

While there is risk for injury, many times accidents do not happen. The thought of emergencies happen can take the enjoyment out of the trip, so be sure to take time to enjoy the view around you.

Wolfe County Search and Rescue Team, founded in 2007, is comprised entirely of volunteers and operates off donations. The team is skilled in search operations, high-angle rope rescue, and swiftwater rescue. The team is based in the Wolfe County Community and the Red River Gorge in Kentucky.