In Search of Abandoned Places 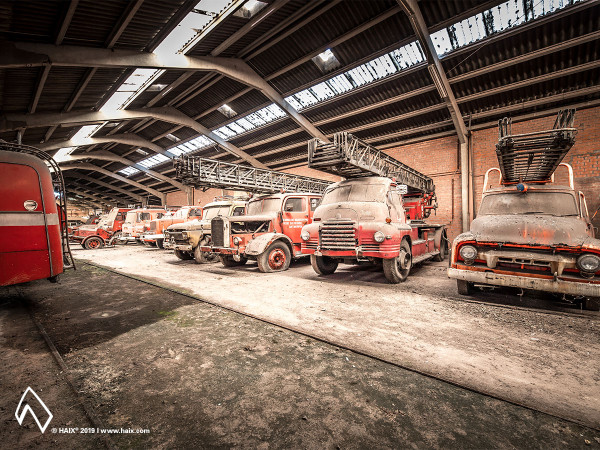 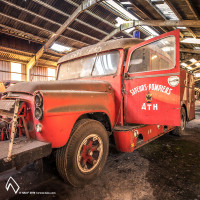 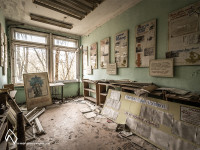 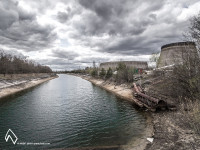 Nic came up with the idea of shooting abandoned places about eight or nine years ago while visiting an old haunted house with his friends. “We had a thirst for adventure. Being spooked during our search of the place ended up being so much fun, we decided to continue,” Nic says.

At some point, the urge came up to scout places not as well-known. He started looking for truly abandoned places, for somewhere more authentic. In the beginning, he would borrow a simple point-and-shoot digital camera from work for capturing his adventures. Once his quest became serious, he bought a reflex camera, and started to teach himself how to take photos the old-fashioned way.

What makes Nic most enthusiastic about photography is playing with light, and giving the photographs a way to express the specific atmosphere of the places he visits. Especially with industrial sites and old bunkers, which have become very special to him. “What I love most is probably the unexpected - the surprises I find when exploring abandoned places.” And he tries to convey those surprises to his audience to give them an impression of a location, not just the highlights, by trying to think about his feeling of place - letting an odd angle or symmetrical alignment in the picture speak of his experiences.

In an effort to find new places to photograph, Nic found researching is the most important way by looking at aerial photographs, newspaper articles, tips from locals, and archives. Most importantly, he keeps his eyes open when traveling.

Of course, Nic does have to deal with some challenge while trying to get the perfect shot.  And Chernobyl in the Ukraine was right on the top of the list! While there, Nic explored the exclusion zone, the site of a nuclear accident back in 1986, for three days and was able to collect endless images… almost too many to develop on site. Another controversial place Nic visited was an ancient abandoned hospital in Belgium. There were still medical instruments out in the open, including what appeared to be a bloody bone saw. According to Nic, “the whole place had a strong smell of death, even after all this time. It kept me busy for a long while, and remembering the mood still gives me goosebumps.”

A warehouse with old fire trucks seems harmless in comparison but it was cool mystery for Nic just to find it. From the outside, the warehouse was very easy to overlook, but the inside was filled with fire engines from different decades of history. Most of them were clearly very old, but since they'd been mostly protected inside, they were in pretty good shape. The hall had been used as a storage place for a museum, and the vehicles should have been restored, but the museum had never gotten the funding. Since then, these old treasures were left and exposed to the slow ravages of time. This is one of the many reasons Nic never mentions the address of an abandoned place, to try to protect it. “Preserving these places is especially important to me since there have already been thieves and vandals that come out to the sites,” explains Nic.

If you are also interested in photographing abandoned places, Nic has some tips to help you get started: