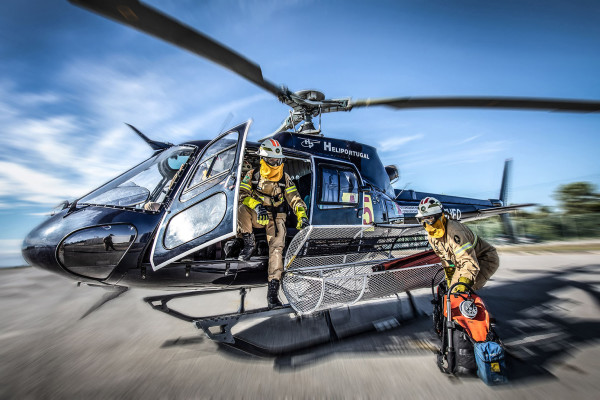 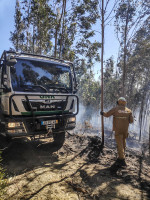 “One step in the green, one step in the burned,” says Operating Commander Marco Marques. Such a statement is not just lip service. His wildfire fighters are elite troops who belong to the Portuguese National Republican Guard (GNR) and fight daily on the borderline. The GNR can only successfully fight forest fires from the very front line. They complete over 4,000 deployments a year, setting out in helicopters or emergency vehicles to tackle smoldering fires before they have a chance to flare up seriously. The minimum objective is to damp down any blazes so that they can be quickly dealt with by fire units on the ground.

The Protection and Relief Groups (GIPS) is part of the National Republican Guard (GNR) and is housed in an old building with whitewashed walls. In a meeting room accessed through a central courtyard is where GNR deployments are planned and coordinated. GIPS is one of the GNR’s five main units. Organized along paramilitary lines, the group has wide-ranging powers and legal authority. It undertakes a broad spectrum of deployments including everything from prevention to acting as first responders to forest fires. GIPS also helps with the transportation of hazardous goods and can be involved in civil protection and serious accidents. Helicopter, ground-based fire units, search and rescue teams, forest patrol groups and flood protection and disaster relief specialists are all on hand to assist. The GIPS firefighters are even permitted to arrest any arsonists they catch red-handed.

GIPS (GNR) is organized across 40 air-bases, each is equipped with a firefighting helicopter and the crew to man it. Standard helicopters require a pilot plus 5 crew; GIPS also operates American Bell helicopters which are flown by a crew of 8. The group carries out some of the toughest and most successful deployments anywhere in the world. These missions are only made successful by the team truly embracing their slogan of “one step in the green, one step in the burned.” This assures that everyone on the team is able to rely 100% on each and every member.

The Operating Commander is in change of a force of 1,200. 90 minutes is the magic number that hovers over each GNR deployment. This is the amount of time the air-based first responder teams have for the dangerous job. After 90 minutes, the helicopter must fly back to refuel and cool down the turbine. These 90 minutes means maximum performance by an, machine, and material. Regular ground-based firefighting force will take over once the GNR’s task has been completed.

“You don’t look to the left or right or anywhere else for that matter,” says one firefighter. “You are only interested in the fire and the flames.” An exercise is being staged in a burnt down forest area. Blackened ash and charred tree trunks are all around. The pick-up truck and fire engine going to the site need to use every ounce of their 4-wheel drive power. The Commander describes the scene of the fire. “Two days ago, everything here was ablaze.” Immediately after descending from the helicopter, the 5-crew team was able to cut an initial swathe and pave the way for the ground firefighters. The boundary of the wildfire runs through the hilly landscape as if marked by a ruler. The significance of “one step in the green, one step in the burned” is readily apparent. This striking dividing line does not merely mark the border between green woodland and charred devastation, it can also quickly become the line between life and death. Even with the high rate of deployment each year, the firefighter helicopter teams of the GNR can boast a success rate of over 95%. The reliability of the team acts as the “life insurance” of its individual members. As one firefighter puts it, “There are three things you can rely on every time. Your team, your courage, and your equipment.” 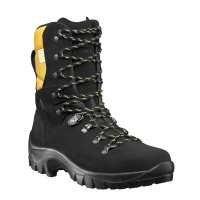 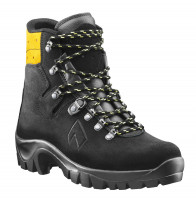