Safety Month: Officer Thanks HAIX Boot for Saving His Foot 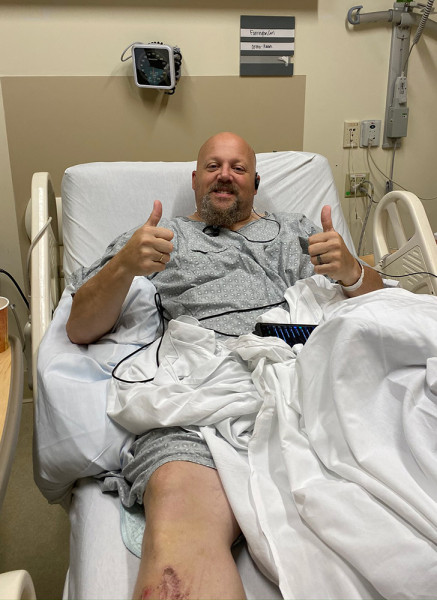 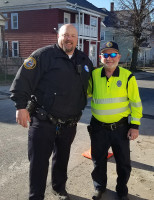 In August of 2020, the officer from Lawrence, Massachusetts says he was sent to an apartment building for a report of a break in. That’s when one of the suspects fled and hit him with a car. Farrington sustained serious injuries during the attack, including a brain bleed and broken bones. He says he also almost lost his foot, but it was saved by his HAIX Airpower XR1.

“My doctor said that my boot actually saved my ankle, because of how strong and sturdy and how high the boot was,” said Farrington.

Farrington says when he was hit by the car, one of the tires spun on his foot, which according to his doctor, should have taken his foot off. However, Farrington’s doctor says the strong, bull hide leather and the secure fit from the zipper lacing system on his HAIX Airpower XR1 is responsible for protecting his foot.

Although Farrington’s foot was saved, he had to undergo an extensive recovery process, including multiple surgeries and physical therapy. The attack was nearly two years ago, but his recovery continues as he prepares for a knee surgery.

“The reason we had to wait so long was to make sure the foot was stable,” said Farrington. “I also had to build the muscle back up and lose weight after being sedentary for a year.”

Ahead of his next surgery, Farrington says he spends a significant amount of time at the gym. He says right now he’s focusing on building muscle and losing weight and improving strength and mobility. Returning to the gym has been a process, but Farrington says he rarely notices limitations as his body continues to recover.

“I ordered a pair of HAIX Airpower XR1 Pros,” said Farrington. “HAIX boots saved me once, and I love them. Once I had them, I was like, I’m sticking with them. They held my foot on, so I ain’t quitting on them!”

Farrington encourages everyone in the industry to get HAIX boots because of the excellent safety features that will protect you on the job.

“I’ve been on the academy circuit talking to new [recruits] about my incident,” said Farrington. “When I show the photos of my foot and boot, I always tell them to get good boots, like these here from HAIX that doctors say saved my foot.”