FDNY Academy: Training at the Rock 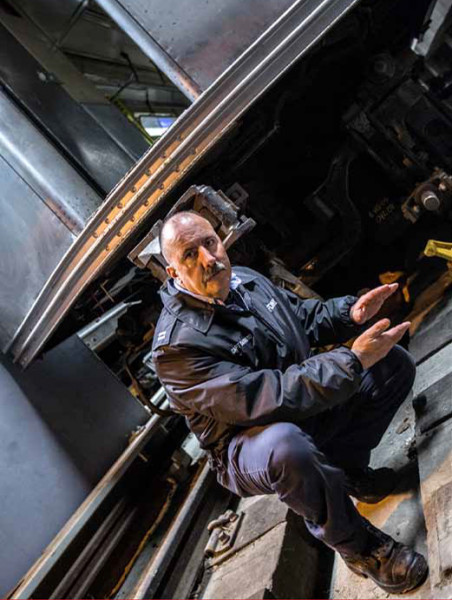 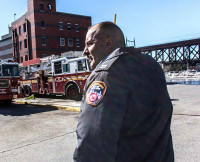 Near the Triboro Bridge in New York City, where the boroughs of Manhattan, Queens and the Bronx meet, FDNY has a 66-acre site known among firefighters as "The Rock". There on Randall’s Island, the department runs its Fire Academy where aspiring and experienced firefighters from each of the districts hone their rescue skills. The FDNY training is seen as one of the toughest courses in the world. And, that is why they call it "The Rock!"

"We call it the probationary fire school,” says Captain Fred Saporito, glancing over the young faces in the classroom. Firefighters have to pass a trial period before being hired by the department. For about five to six months, they attend the FDNY Fire Academy and are then deployed to the various stations. None of them knows to which of the 231 New York fire stations they will be sent to gain their hands-on experience. While there is a 'wish list', the firefighters are sent to the posts where there is the most need. Later in the training, they may have the option to move to a station closer to their home.

The trainees are, of course, eager to gain as much experience as possible to help them in their future careers. There are people who start at "Engine" and progress through "Ladder" to eventually end up with the Special Operations Command, while others go to work for a rescue company. Many firefighters who have already completed their basic training come back to the academy as a way to climb the career ladder.

The five-day week at the academy starts early. "I normally arrive before six, and I expect all trainees to be here by then as well," says Captain Saporito. Physical Education is the first item on the agenda. The day begins with a grueling fitness training session lasting up to two hours before the firefighters move on to even more demanding training tasks. Their daily program includes fast rappelling, search operations, confidence building and classroom sessions. While there is a lot of theory, the focus is always on practical skills.

The Technical Rescue School is under the watchful eye of the Security Operations Center. Captain Saporito wants to make sure that all firefighters can handle any type of situation so they are well prepared for their job. Firefighters who want to join one of the rescue or squad units in the city, or wish to become a lieutenant, need to spend a lot of time in training. For example, performing a rescue from confined spaces such as trenches, high angle rescue or water rescue. The FDNY training academy is well equipped to simulate nearly every possible scenario. In a hall that is nearly 100-feet high, a class is learning how to climb from a first-floor window in full firefighter gear with a breathing apparatus. Saporito also shows us the "mass destruction" training area where the academy can simulate the collapse of a skyscraper.

Outside, Captain Murray from Rescue 1, and his team, are practicing their skills in a simulated car accident. Two vehicles are wedged together, both flipped on their roofs. The passengers need to be rescued. "Training under such realistic conditions is crucial in our daily work," explains Captain Murray. At the academy, firefighters gain first-hand experience in rescuing people from the height of a silo. They also get anti-terrorism training and learn what to do if a bus is hijacked. The academy even has a real Greyhound bus to use for this type of situation.

Around the corner, trainees race up a turntable ladder into a burning building. Right behind them, there is a decommissioned cargo vessel for water and on-board rescue simulations. Back at the underground station, two tracks, two trains, and the head of a dummy are caught between the railcars and the platform. "Unfortunately, this is a rescue situation that we see far too often here in New York," claims Saporito. Luckily, the firefighters are well prepared for such accidents. Every man and woman who has come through the Fire Academy knows how a railcar weighing several tons can be lifted by just 11 inches so that the person caught under the train can be brought to safety. To protect others and themselves, the firefighters constantly try out new techniques and products in cooperation with the Research and Development department of the FDNY. "We want the best of the best!" that is Captain Saporito’s motto. This applies not only to the New York firefighter training but also to the equipment, clothing and firefighter boots for his men and women.

In our final installment of the FDNY Series, we’ll take a look inside their fleet service workshop which does maintenance and repair for all vehicles of the 221 fire stations in New York.