The Legendary Firefighters of FDNY Rescue 1 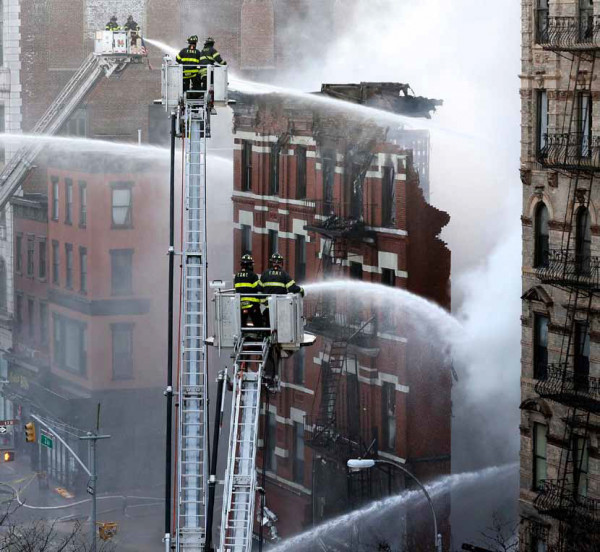 New York is known as the city that never sleeps, and no one knows this better than the more than 11,000 firefighters of the Fire Department of New York (FDNY). Seconds after an explosion, dark smoke rose from a narrow brick building on 2nd Avenue in Manhattan’s trendy East Village. Four houses were on fire and one building had already collapsed. It was later revealed that the explosion was caused by work on the water and gas mains. The first fire engine arrived on the scene, followed by ambulances and police cars. The noise of sirens filled the streets and the red flashing lights of the fire trucks were everywhere. Firefighters in heavy grey and yellow safety gear rushed to the rescue. More than 250 men from 50 different fire departments were on scene fighting the flames. Unfortunately, there were some casualties but also many survivors.

Only a few days earlier, HAIX® visited with some of the heroes that put their lives on the line, not just that day, but every day. Among them was the legendary team of Rescue 1 which is stationed just around the corner.

Captain Rex Morris is the head of Rescue 1. His father also served as a captain at this station. He was one of the first to arrive at the World Trade Center on the fateful morning of 9/11 and was among the lucky ones who survived. When he retired about ten years ago, his son took over the post. “I had no choice, really,” jokes Captain Morris. As the only son in the family, it was up to him to continue the tradition. He brought us right to the heart of the fire station. A big red garage door forms the back of the station, which provides just enough space for one fire truck, a station room, and a few small storage rooms. This door was actually once the front door of the station built in 1894, explains Captain Morris. “In Europe where most of the buildings are thousands of years old, that might not mean a lot, but in America, anything dating from 1894 is considered ancient.” And there is a story behind the door, many years ago, a factory which sat opposite the fire station collapsed on top of the Rescue 1 building. When the station was rebuilt, the old door became part of the back wall where it now offers a place of pride. There is an American Eagle with its wings spread across the bright-red background along with blue and white letters proudly displaying the station’s name: RESCUE 1!

A few seconds later, the men are on their way. Six or seven blocks in one direction, then a sharp turn and another two blocks and they are at the scene. The monitor in the vehicle indicates “10-8”, which means that the situation is already under control. A few minutes earlier, a vehicle drove into the building and firefighters examined the damage. “This is very important.” explains Captain Morris, “many buildings in New York are actually quite old and built of timber.” These buildings are easily spotted, as they feature fire ladders in the front. “We always need to be especially careful here,” Captain Morris says. “Sometimes, what might be perceived as minor damage actually means that the building needs to be torn down. If there is a fire, the flames can quickly spread over ten or more stories”. This time, everything looks OK.

Back at the firehouse, it’s time for pictures and a few questions about how the team is made up. Each captain actually hand-picks his own firefighters. Given the many different incidents the team has to deal with, team leaders are always on the lookout for firefighters with extra skills. “Big John”, a giant with the shoulders of Mister Universe, for example, is a trained plumber. Most of the time he can be found keeping contact with the operations center and forwarding information to his colleagues. “You have to have a trade or profession before you can join the fire department,” explains Big John. There are even two carpenters among them. When we met up with Captain Morris the next day at the Fire Academy, he told us, “the team has to match and work together like clockwork,” which is why he brings his team there as often as he can! 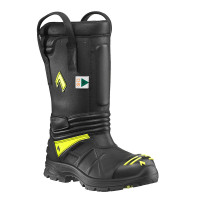 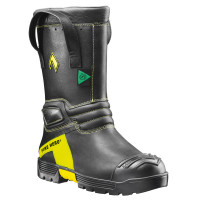 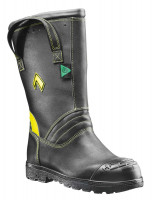 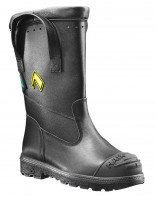